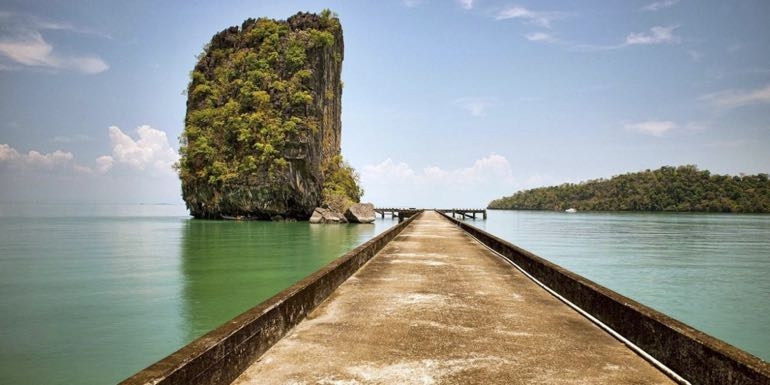 Exotic Holidays is promoting the little known area of Tarutao with its empty beaches and jungles teeming with wildlife.

The remote island in Thailand’s southern Andaman Sea has a surprisingly sinister past that clients will find interesting.
Ko Tarutao Marine National Park comprises some of the most beautiful islands in the country.

Tarutao, the largest island in the park wasn’t always associated with beauty.

In the late 1930s, the Thai Department of Corrections began surveying the nation’s islands for a place to set up a penal colony to alleviate overcrowding in Bangkok’s prisons.

They decided on Tarutao.
By 1939, the island was inhabited by several thousand hardened criminals and political prisoners.

Prisoners and wardens turned to piracy to survive.
In 1948, Tarutao was all but abandoned until 1974, when Ko Tarutao Marine National Park was established.
Despite jungle encroachment, remnants of the penal still pepper the island.

The prison site at Talo Wao Bay on the island’s east coast is accessed by a paved road, with rental bicycles available to visitors.

A small museum and visitor centre detailing the history of Tarutao has been built at Talo Wao.
Much of the island remains undisturbed.

No commercial development is allowed with the exception of a few bungalows
and campgrounds.