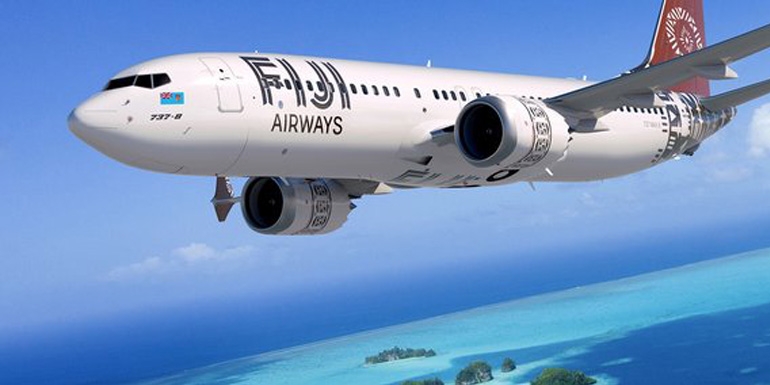 Fiji Airways has been awarded the coveted Skytrax four-star rating at the 2019 Skytrax World Airline Awards in Paris, joining a select group of airlines in this category.

At the same awards, Fiji Airways leapfrogged from fourth to first place to take up Best Airline Staff in Australia Pacific. A four-star rating is a mark of distinction that recognises excellent standards, showcasing an airline’s commitment to provide high quality product and service values both onboard and on the ground. Fiji Airways joins airlines such as Emirates, British Airways, Etihad, Air New Zealand and Qantas as a four-star airline. Best Airline Staff in Australia Pacific recognises the combined airline staff service for both onboard and ground staff, in the Australia Pacific region through passenger feedback and Skytrax evaluation. Andre Viljoen, Fiji Airways managing director and CEO, believes the four-star rating and award is a testament to the airline’s hard work over recent years, and the customer experience staff deliver in the air and on the ground. ‘It has been a four-year improvement journey to raise us to a four-star airline status, after massive investments in customer experience, improvement in our product, and enhancing our service culture and standards through the UP! Your Service education programme.’ FJ recently announced more investments with two new additions to its widebody fleet, the Airbus A350 XWB.

Tweet
More in this category: « Massive upgrade for HLZ NF advises of Nauru lease »
back to top