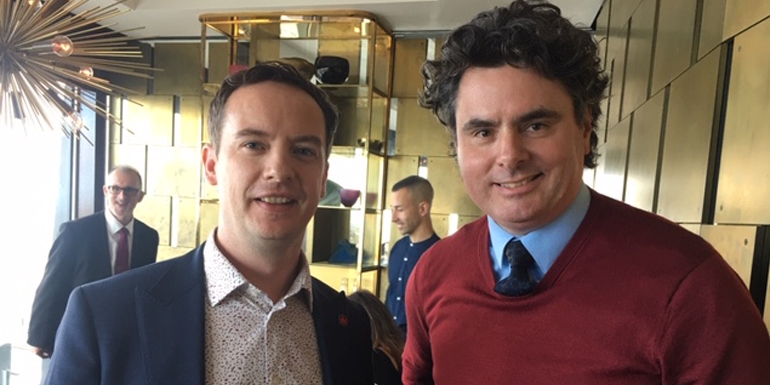 ‘The ratio has swayed towards outbound more than we thought it would and that is primarily coming through the trade. We’ve done campaigns with all the big brands here and they’ve really got behind it.’

Air Canada’s flights will run through to late March 2020 and utilise a Boeing 787-8 Dreamliner. Auckland flights will be timed to conveniently connect at YVR to and from a multitude of non-stop destinations throughout North America, including New York – Newark.

‘What really sells Air Canada’s services to the US east coast is that New Zealand passengers don’t need to collect their bags in Vancouver,’ says Naughton. ‘They progress through the airport, pass through an uncrowded US customs and board their connecting flight, then collect their luggage in New York.

‘That message is getting through because we already have good bookings out of New Zealand to the US.’ Naughton and David McNabb, Air Canada’s Sydney-based marketing and online sales manager, were in Auckland for a media lunch yesterday followed by a movie night for travel trade last night. He says a particularly pleasing aspect of the early bookings is that the demand for Canada has grown along with capacity.

‘We are not just taking part of the existing pie. We’ve seen a 15% increase in demand to Canada and that is just about bang on the number of seats we are bringing in. The yield is good too. Load factor wise the premium cabins have sold better than the back – and that’s the way we like it.’