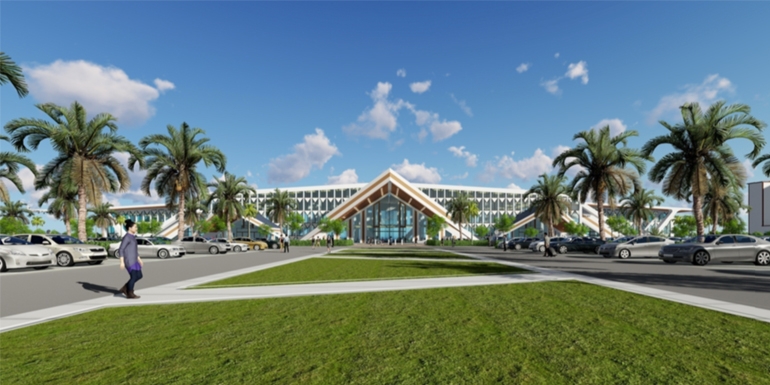 Aircraft from Asia and America could soon be landing at Port Vila’s Bauerfield Airport with the completion of recent upgrades.

The airport is getting closer to accepting Code E aircraft such as 787s and A330s after runway strengthening and increased shoulder widths, widened turning nodes and taxiway, more apron space and the doubling of aircraft parking space. New lighting includes apron floodlights and new-generation LED runway lights. A pollutant capture device, which catches excess water and separates the oil and fuel from it, has also been installed. Meantime, international passenger growth peaked last year, demonstrating the destination has fully recovered from Cyclone Pam in 2015 and runway issues the following year. In 2018, combined arrivals and departures through Bauerfield, Santo and Tanna airports reached 730,000 with Bauerfield and Tanna up 6% and 8% respectively.

Capacity issues to Santo resulted in a decrease of 2%. Four fifths of the traffic was international with Air Vanuatu carrying 78% of it. ‘Air Vanuatu’s increase in capacity has been the main driver of growth,’ says CEO of Airports Vanuatu Ltd, Jason Rakau, who showcased Bauerfield’s developments to Tok Tok 2019 delegates last week. ‘Whenever Air Vanuatu has added seat capacity, passengers have responded with demand.’ A new terminal precinct is planned for the next 10 to 20 years.