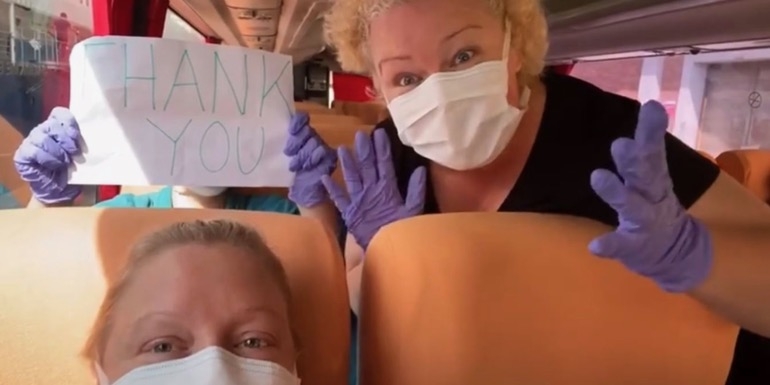 A LATAM aircraft chartered by Chimu Adventures has landed in Sydney carrying 136 Australians and eight New Zealanders. The flight, that originated in Montevideo in Uruguay, landed at 6.30am local time. The Kiwis are transiting directly onto a flight from Sydney to Auckland departing at midday today and they are expected to arrive in Auckland at 5pm this afternoon.

The situation for all travellers in South America became problematic after many countries suddenly closed borders and enforced rapid lockdown laws in response to the Covid-19 pandemic. This interrupted and even halted many pre booked travel plans including options for international travellers trying to return home.

The responsive border situations also caused issues for Chimu Adventures’ charter cruise on the MV Ocean Atlantic which was returning from Antarctica and due to disembark passengers in Puerto Madryn, in Argentina, on 21 March.  New restrictions meant that port authorities in Puerto Madryn would not allow passengers to disembark.

'We quite literally found ourselves in unchartered waters as we entered a long process of navigating multiple governments and restrictions in a bid to get our travellers home,' says Greg Carter, co-founder of Chimu Adventures. 'Multiple ports in Argentina would not allow us to disembark and commercial flight options for New Zealand and Australian travellers to return home rapidly vanished. In the end our only option was dock in Montevideo and try to charter a plane to get Kiwis and Australians home from Uruguay. Our travellers were all given a clean bill of health by medical professionals, so this soon became a viable, albeit onerous option.'

Chartering a commercial aircraft to transit international borders, when you are not an airline, is not easy at the best of times, let alone during a pandemic, he says.

'Working with wildly fluctuating currency dollar rates, ever changing travel and border restrictions, lawyers, insurance companies, governments, airport and port authorities, made piecing the jigsaw together incredibly difficult. As we processed and thought we had everything in place, another obstacle would arise which saw our goal posts shift frequently. We are so relieved, after working around the clock for two weeks, that the flight finally got under way.'

Chimu was supported by many entities critical in ensuring the success of the operation.

'We are incredibly grateful for all the assistance we have received during this operation including from the friends and families of our travellers, the travellers themselves, the New Zealand and Australian Ambassadors to Argentina and their diplomatic staff, the Department of Foreign Affairs and Trade in Australia and the Ministry of Foreign Affairs in New Zealand, LATAM Airlines, Air New Zealand plus the Uruguayan Government and port officials.' says Rachel Williams, of Chimu Adventures and Viva Expeditions in New Zealand.

'This all began as an operation to bring Chimu travellers home, as their safety is our priority, it then extended to help others in a similar predicament. We are incredibly pleased that across both flights and through various other means since the crisis hit, we have been able to bring home 392 Chimu Adventure travellers as well as many others who originally booked their travel arrangements elsewhere,' says Chad Carey, co-founder of Chimu Adventures.

'Although all of our Kiwi clients are now safely home we are still trying to help other Kiwis that are stuck. We are willing and able to further assist, via our own operations network on the ground in South America, should that be required by the airlines or the New Zealand Government,' adds Rachel Williams.