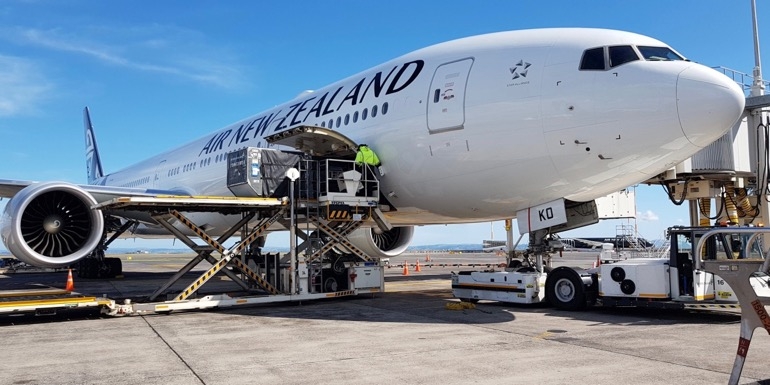 A team of Air New Zealand employees put themselves forward to fly this mission. Four pilots and 12 cabin crew operated Auckland-Vancouver, where a full replacement crew to continued to Frankfurt.

Further repatriation flights using the airline’s 342-seat 777-300 aircraft will depart from Auckland and Christchurch airports in the coming days.

Air New Zealand chief operational integrity and standards officer Captain David Morgan says detailed plans are in place to ensure passengers return home safely, and the airline is grateful for the support of German and Canadian officials and the New Zealand Government.

'We are pleased to be able to help the German Government to safely bring its people home and our teams have quickly mobilised a schedule with daily flights scheduled through to next Wednesday, and more to come. Naturally the wellbeing of our passengers and crew is Air New Zealand’s top priority and we are incredibly grateful for the measures put in place by the New Zealand Government to ensure the safe departure of foreign nationals from our shores.'

Air New Zealand is working with several governments on requests for repatriation charters.