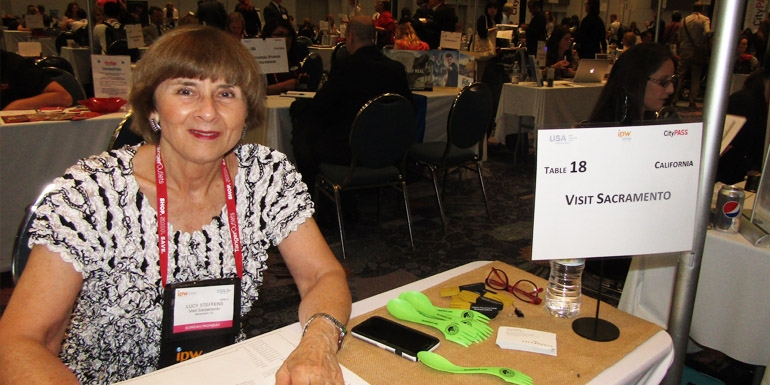 The 150th anniversary of the Transcontinental Railroad has put attention on California’s capital, Sacramento, this year.

The city, often overlooked by people heading from San Francisco to the resort area of Lake Tahoe, is home to a massive railroad museum, itself surrounded by a preserved historic area. Lucy Steffens, director of travel media with Visit Sacramento, says the city is encouraging travellers to treat it as an easy base from which to explore Napa Valley and the surrounding recreational areas that offer a variety of outddoor activities.For those with a taste for amber liquid, craft beers have taken off with some 70 craft brewers in the area. Steffens says a relatively new development is the opening of an historic bank as a food hall – with 68 beers on tap in the vault.‘The Sacramento Brew Bike is popular and now we have the Sacramento Brew Boat operating from April to September.’

Tweet
More in this category: « New York City on road in NZ California’s roads pave way »
back to top