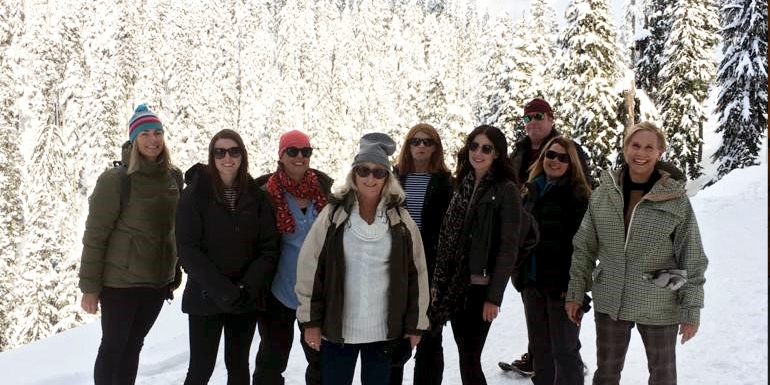 Agents ski on with travel&co.

A group of travel agents are currently on travel&co’s 2020 SKI BC, Canada agent famil, run in conjunction with Air Canada and Destination BC.

The Vancouver stopover was completed early this week with a variety of sightseeing activities, including a virtual reality ride located in downtown Vancouver where the group experienced a flyover of Canada and Iceland. The agents are now at ski resorts for six nights. First up was Big White. This part of the famil allows the agents to make the most of skiing, winter activities and the après ski dining experiences. A Kamloops Blazers hockey game will be enjoyed by the group when they head to Sun Peaks Resort, the second ski resort on the itinerary.

Guided by travel&co active travel expert, Samantha Moore, the group departed on Air Canada’s direct service to Vancouver for three nights in Vancouver and three nights at each of the BC resorts: Big White and Sun Peaks. Moore says the famil is a success, from the Air Canada flights, to the Vancouver sightseeing and currently interior British Columbia with its ski/ boarding action, winter experiences and British Columbia’s après ski scene ‘March is proving an ideal time of year to visit. It’s definitely quieter and not as cold – a mild six degrees in Vancouver to a chilled minus five (average) on the slopes of the resort. The sunshine days make exploring more enjoyable.’ travelandco.nz/featured-offers/