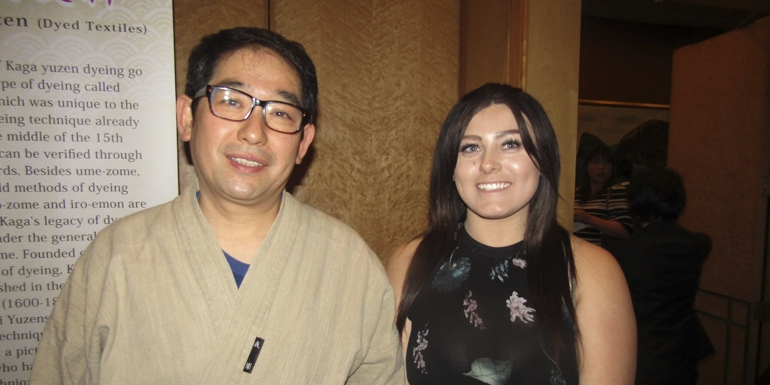 A Japanese destination promoted at a function in Auckland late last week has received the thumbs up from Joanne Hooper, of Active Asia.
The prefecture of Ishikawa, and particularly its capital Kanazawa, was represented by a trade delegation who promoted culture, accommodation, food and beverage (saki anyone?) and craft. Hooper, who attended the event, says she was recently in the region and recommends it for clients seeking a different side to Japan. ‘It is beautiful. It has one of the best gardens in Japan and a great castle. It is also easy to get to by

View the embedded image gallery online at:
http://travelinc.co.nz/content/news/asia/item/5555-connecting-with-kanazawa#sigProIde4f44a0163
Tweet
More in this category: « Six Senses in India Touch of Samurai culture at function for travel trade »