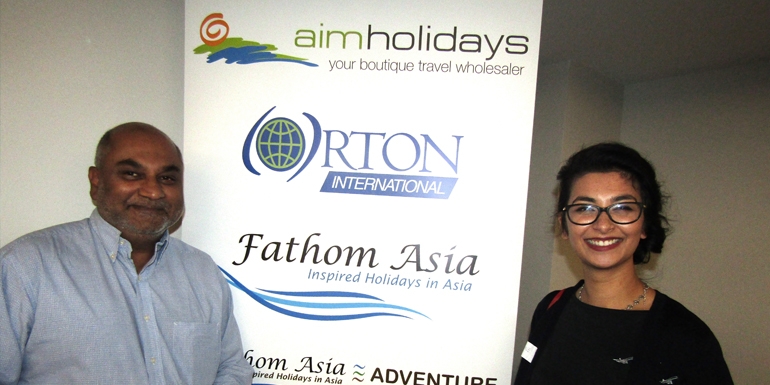 Fathom Asia is moving into new niche areas with the launch of its first specialist area, Fathom Asia – Adventure, while retaining its mainstream product.

The move was officially launched at the JAWS Plus event in Christchurch on Wednesday night and is being promoted at the trade road show at every centre it visits. Reservations manager, Jay Soysa says the company had been seeing increased interest in activities such as cycling and has made a move to further cater for the trend.

‘We are working with a company that specialises in adventure and which operates with health and safety as an imperative. Soysa says Fathom Asia – Adventure is starting with cycling, hiking, and kayaking-canoeing product in Cambodia, Vietnam, Myanmar and Laos and is working on introducing Indonesia, to be followed by Japan. ‘We’ve had a really strong and positive reaction to the launch Fathom Asia – Adventure at JAWS Plus,’ says Soysa.