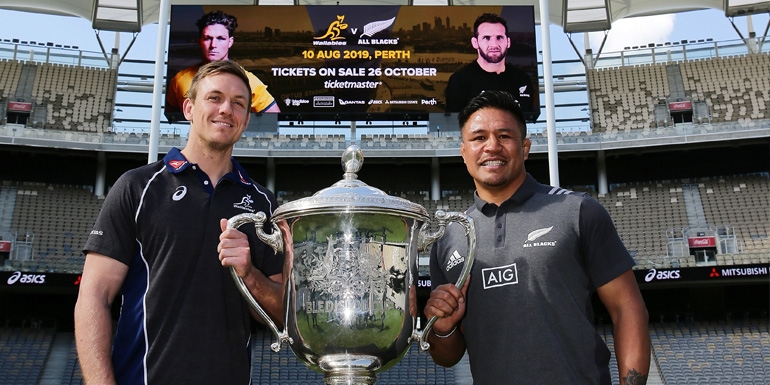 The Bledisloe Cup will be played at the Optus Stadium in Perth to an expected sell-out crowd on 10 August 2019.

General public tickets to the event will go on sale on 26 October, and are expected to be snapped up for what will be the only time the Wallabies and All Blacks play each other on Australian soil in 2019. The State Government, through Tourism WA, secured next year’s match, which will be the first time WA has ever hosted a Bledisloe Cup and the first time the All Blacks have played in Western Australia since 1992.