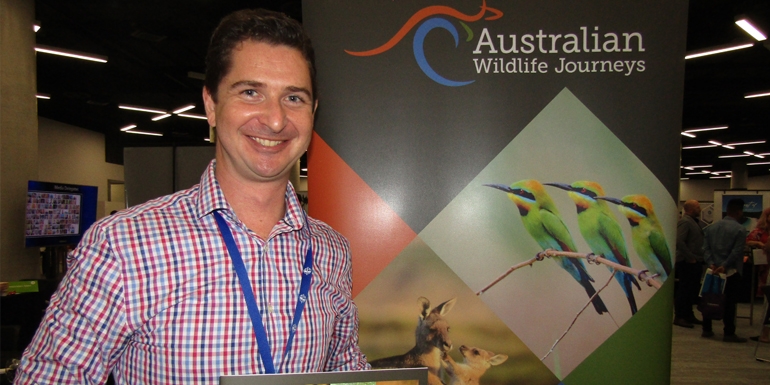 Clients can go wild in Aus

Australian Wildlife Journeys gives agents a range of close to home experiences to sell to clients who may typically be attracted to destinations such as Africa and the Galapagos, says executive officer John Daw.

‘We focus on observation in the wild, no zoos or sanctuaries. They are all safari type experiences,’ says Daw. Australia Wildlife Experiences has been one of Australia’s Signature Experiences for three years. It has 10 members from all around Australia and at the moment, along with regular offerings, is offering a number of bushfire recovery activities. These include planting trees to restore koala habitat west of Melbourne, as well as regeneration work on Kangaroo Island. Daw says consistent features of the experiences are premium guides and the availability of high quality accommodation.

Popular with Kiwis and offering agents a high yield product to sell is Lords Kakadu and Arnhem Land Safaris, which teams up with other accommodation providers to give flexibility when it comes to budget. Daw says a ‘hidden gem’ is Australia Coastal Safaris in Eyre Peninsula, South Australia. ‘A lot of New Zealanders have done the Murray but Eyre Peninsula gives people a range of aquatic activities in a lesser known region.’ He says the trade should also mention Naturaliste Charters, near Margaret River Western Australia to nature loving clients. It is based around Bremer Canyon, one of the most sought after whale watching expeditions across the globe, with over 100 killer whales returning each year from January to April. Other species seen include dolphins, pilot whales, sperm whales, Australian sea-lions, giant squid and albatross.

Tweet
More in this category: « ‘Come and play’ on the GC Garrie moves on »
back to top