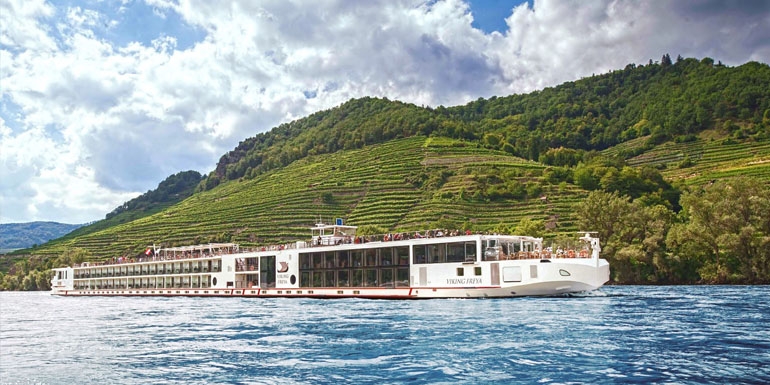 Viking has launched a series of river cruising webinars in response to trade feedback for self-directed learning, making it easier for agents to learn about the line’s award winning fleet in their own time.

The webinars cover topics such as the range of staterooms available on Viking’s state-of-the-art Longships sailing Europe, what’s included in a Viking fare, as well as itinerary overviews for the 15-day Grand European Tour, 15-day France’s Finest and 10-day Portugal’s River of Gold. Ranging from 10 to 25 minutes, they are voiced by Caitlyn O’Dowd, an experienced Australian programme director for Viking in Europe, who also hosts a number of Viking’s Australian Info Sessions. Each webinar is accompanied by visuals to guide agents through the fleet and destinations discussed. ‘We’ll be adding more webinars progressively over coming weeks, so agents should keep an eye out for new topics,’ says Erin Kramer, Viking’s trade marketing manager. ‘It’s not too late to brush up on Viking knowledge and make the most of the final weeks of the Think Viking Fly & Cruise sale, with savings of up to $6000 per couple available until 30 November.’ Click here for more info.

Tweet
More in this category: « Aurora roars in for trade P&O to up capacity »
back to top