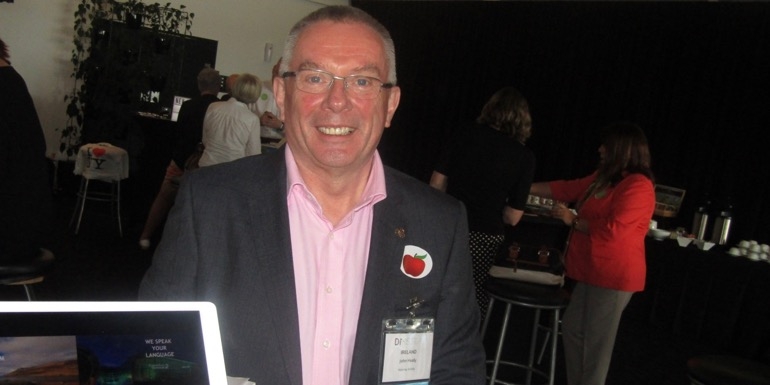 Healy says Ireland has more to offer high-end clients than many agents may think, and this is all more accessible with both Emirates and Qatar Airways offering one-stop flights between Auckland and Dublin.

John Healy was one of the presenters at the DMS Connect workshops at Maritime Room, Auckland yesterday and has also taken the opportunity to catch up with Virtuoso travel agents here.

‘We have been Virtuoso partners for 32 years and I think those agents do realise what is available in Ireland. But we are also talking to incentive operators and others in the market who may not be aware of the choice on offer.’

Healy says that most incentive- and reward-based travel out of this market would involve a seven-day programme and combine Dublin with either Belfast or Killarney.

‘In Dublin we would be building around the major attractions – like whiskey tours at Telling Whiskey Distillery or a visit to the Jameson interpretive centre for a tutored tasting session.’

‘At Guinness Storehouse, people can learn how to pull their own pint.’ He says slightly less obvious options may include a history tour of the Shelbourne Hotel, something easily arranged by Moloney & Kelly.

‘This is where the constitution was drafted in 1921 so it is the grand old lady of hotels in Dublin.’

Healy says Belfast in Northern Ireland is ‘very much the new destination’ for the high-end market.

He recommends activities such as a helicopter ride over the Giant’s Causeway and North Antrim Causeway, or afternoon tea at Hillsborough Castle, the Queen’s residence in Northern Ireland.

Tweet
More in this category: « Tuscany: More than food and wine Adventure World to Scandinavia »
back to top