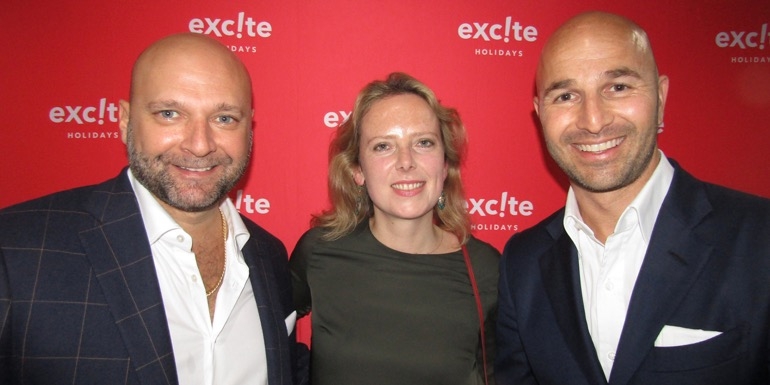 Excite has a fresh face in New Zealand, with Suzanne Conradie now in the role as business development manager.

While new in the Excite position, Conradie is well known to many in the Kiwi trade, particularly after a long stint here with South African Airways.

The announcement comes at a time when Excite is celebrating a 15-year anniversary, marked late last week by a party in relatively new premises in York Street, Sydney.

Co-founders Nic Stavropoulos and George Papaioannou first met at a taxi stand in 1996, went on to start the business in a one bedroom apartment and now have just under 200 staff – with major offices in Athens, Bangkok and Sydney.

The company is now about to launch in the United States, with an office in Manhattan Bay, California, and sales people on both the east and west coasts.

Stavropoulos says New Zealand has been an important market for Excite virtually from the start. ‘There are obviously synergies with Australia, the travel agent is dealing with a sophisticated type of traveller who usually has to travel a long way to get anywhere. The customer has a high propensity to book through our agents and our duty of care to the travel agent has led to success in there.’

‘From a destination point of view, Japan is really coming into its own and Bali and Hawaii are extremely strong as well.’

Yell says the Singapore Airlines Wellington – Canberra – Singapore triangle has added exciting possibilities for the trade as has the NZ Houston flight.

‘As soon as an airline launches a new route there are obviously opportunities.’

Excite has available 250,000 accommodation options in 150 countries, 49,000 activities and transfers worldwide, as well as ferries in Fiji and the Mediterranean.

Stavropoulos says Excite is not just a third party aggregator and also has its own contracted product in various parts of the world.

‘We are growing our direct contracting, we want to get rid of any perception in the trade that we are just third party suppliers. Hoteliers are knocking on our doors today.’

Co-founder Papaioannou says everything Excite does is about travel agents. ‘We went through that time when the perception was that on-line was going to take over and it was about agents needing to survive in this industry. We built a solution that was all about them.’

Tweet
More in this category: « ‘Time for a dose of realism’ Travel agents trendy again »
back to top