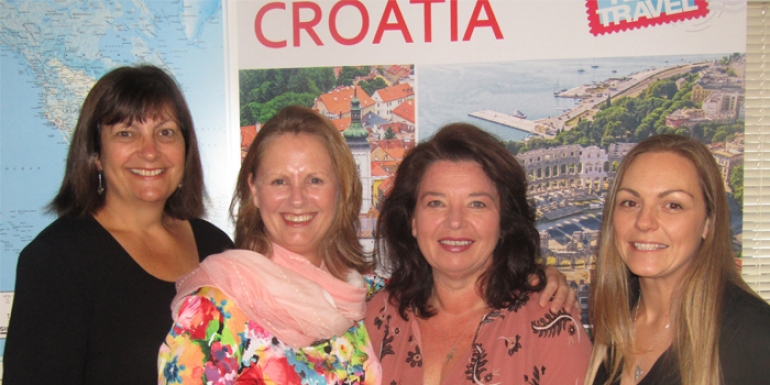 Value for money, culture and cuisine, plus safety and diversity in a small area, are all attracting New Zealanders (and travellers from other parts of the world) to Croatia.

One of the companies that has long been at the forefront of promoting such drawcards is Croatia Times Travel and it has built up a strong relationship with the trade along the way. CTT’s sales and marketing manager, Teodora Antunovich, says travel agents and brokers are vitally important to the company. ‘We’ve seen fantastic growth in the volume from agents and brokers. ‘New Zealanders are looking for specialist knowledge but when customers come direct we refer them back to agencies. The first question we ask is ‘who’s your travel agent?’ Founder and managing director Marija Kapiteli says the company recently launched a new website and is always working on becoming more dynamic with its responses to agents. ‘Croatia is a destination that won’t disappoint New Zealanders,’ says Kapiteli, ‘and we really encourage them to take the time to explore and immerse themselves in the culture, explore the local restaurants, cafes and bars and eat the way the locals do.’

Croatia Times Travel’s earliest days involved primarily pilgrimage tours as well as being a main agent for Croatia Airlines and serving the expat market. We started by taking pilgrimage groups to Medjugorje where in 1986 it was said the Virgin Mary appeared to young children. We took the first group through in 1995. ‘In early years many saw Croatia as never being mainstream but today it has become a major destination in its own right. Croatia Times Travel still specialises in the destination, offering an ever expanding range of products including small ship cruises, sailing holidays, tailor made self-drive packages, island hopping and private itineraries, as well as a wide variety of services to Italy, Slovenia, Montenegro and Bosnia & Herzegovina and other European destinations.

Kapiteli, a born and bred New Zealander to Croatian parents, was the New Zealand representative for what was then Yugolsav Airlines and closed the New Zealand office down in 1991. But a few years later she took over representation for Croatia Airlines and worked closely with the then Hon Consul General of Croatia, the late Tony Covic, while setting up the business. Croatia Times Travel acknowledge that the growing popularity of its key destination is a true testament to Croatia’s unique blend of natural beauty, rich cultural heritage and welcoming hospitality. www.croatiatimestravel.com

Tweet
More in this category: « Make Travel Matter ‘Industry...can still do more together’ »