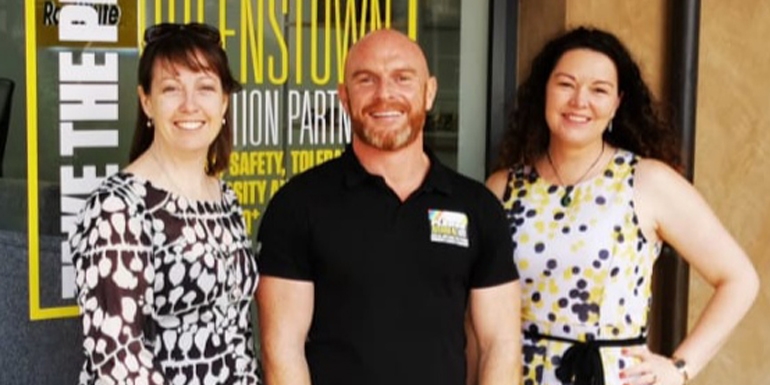 Tori Keating and Niki Davies, owners of xtravel, say they are committed to ensuring an inclusive experience for travellers from all walks of life. Entering its fourth year in 2020, Winter Pride has consistently grown year on year since festival co-ordinators Martin King and Mike Hughes acquired the previously named Gay Ski Week celebration in 2017. It is now the largest winter pride festival in the Southern Hemisphere, attracting thousands of visitors from New Zealand, Australia and the rest of the world. Keating and Davies aim to make travel for all rainbow visitors to the festival as seamless as possible.

‘For LGBT2Q+ travellers even the idea of travel can raise concerns around discrimination, assumptions, safety and rules and restrictions,’ says Davies. ‘We were saddened to hear from one rainbow couple recently who travelled on their honeymoon, who said a previous travel agent had failed to reconfirm their preferred bedding configuration with properties who had assumed they would be wanting separate beds. This has since become a source of anxiety for them for future check-ins,’ says Davies. xtravel acknowledges that rainbow travel presents challenges, but that this is the same in other sectors. ‘Family holidays, for example, come with a whole host of special requirements, particularly for those with young children,’ says Keating. ‘Parenting is personal, but whether your child co-sleeps or requires a cot is an example of a question that needs to be asked of a specific type of traveller. Ensuring an agent has a correct understanding of the requirements of rainbow travellers should be no different.’ xtravel has taken the Pride Pledge, an initiative to `increase visibility, inclusion and safety for LGBT2Q+ people in our community’. xtravel.co.nz

Tweet
More in this category: « Defending against supplier and agent failure TAANZ: 2020 and beyond »