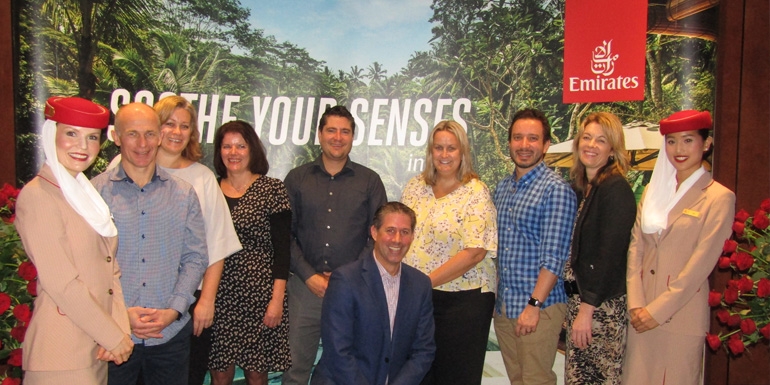 Emirates quick to get agents up on Bali famils

The inaugural flight Auckland to Bali was on Friday and a group of seven wholesalers / product managers joined Emirates’ sales manager NZ Chris Paykel. Lethbridge says the response and support from the trade has been immediately pleasing. ‘The challenge was that we announced the service with a short window in which to get some good loads early, but the good news is that we have succeeded with that. ‘The industry is excited to have another good value, mid-haul destination to sell, which in turn results in them making money.’

Along with the famil that went out on Friday, there are also single brand famils for Flight Centre, House of Travel, and helloworld this week. ‘Some people in the trade know a huge amount about Bali, but because it has been underserved for so long there also many agents who need to be educated – and our team too need to be more familiar to sell it.’