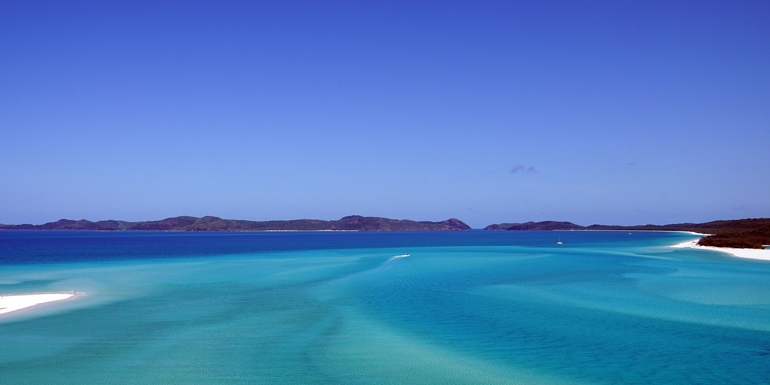 The Whitsundays council and tourism organisation have come out swinging in response to a 60 Minutes piece that aired in Australia this week.

After calling the Whitsundays ‘abandoned and left in a state of disarray,’ 60 Minutes has been accused of ‘unethical, unbalanced journalism, nothing short of a ratings grab’ by Tourism Whitsundays CEO Tash Wheeler. Whitsunday Regional Council Mayor Andrew Willcox has gone a step further, calling the programme ‘unAustralian.’ ‘60 Minutes may have suffered the same fate as some of our islands… For decades 60 Minutes was at the peak of investigative reporting but sadly its ratings demise over the past decade has left it a decaying shell of its former credibility,’ says Willcox. ‘Our tourism industry deserves better and it is basically unAustralian for a media outlet to decide on an agenda that suits their storyline rather than present the true facts.’ The programme referred to damaged and abandoned ‘ghost resorts’ such as South Molle and Lindeman Islands. Tourism Whitsundays’ Tash Wheeler says among the facts the programme ignored were the reopening of Daydream Island Resort in April following a A$120m+ redevelopment and Hayman Island by InterContinental last week after a A$135m redevelopment.

Earlier this year multi-million-dollar investment was made by the owners of new resort Elysian Retreat on Long Island, while Hamilton Island has had more than A$500m being invested in it over the past 10 years. Wheeler says the clean up on South Molle Island, purchased by CCIG Investments, the same company that owns and redeveloped Daydream Island Resort, has begun and Lindeman Island has proposed a development costing $583m and comprising three new resorts with 325 suites and villas. ‘Lacking in last nights’ story was that seven resorts on islands across the region are open and looking incredible in the Whitsundays, which is more than what was open prior to March 2017,’ says Wheeler. Mayor Willcox points out that Whitsundays tourism product won four national titles at the Australian Tourism Awards. ‘Red Cat Adventures won gold for Major Tour and Transport Operators, Big4 Adventure Whitsunday Resort got gold for Caravan and Holiday Parks and Whitsunday Escape took out silver for Unique Accommodation.’ Al Grundy, chairman of Tourism Whitsundays joined the fray to say the region hosts the largest fleet of charter and self-hire yachts in the Southern Hemisphere providing over 600k bed nights per year on the water. ‘It is also import to note that the Whitsundays takes 40% of all marine tourism into the Great Barrier Reef Marine Park,’ he says.