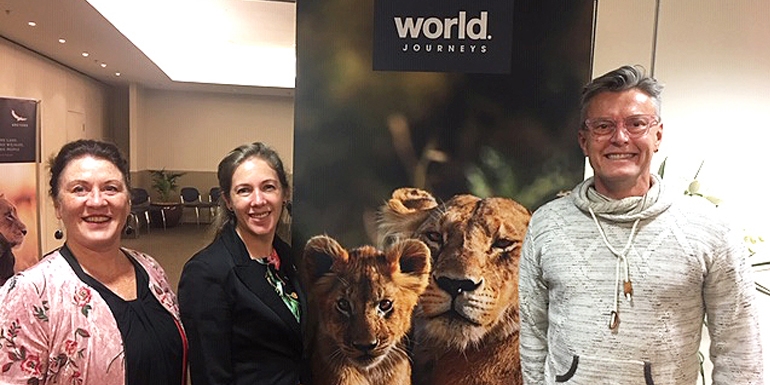 New Zealand agents are looking for new and exciting options in Africa as the continent continues to grow in popularity out of this market, according to suppliers at a World Journeys Experience Africa roadshow this week.

The event has visited four centres – Dunedin, Nelson, New Plymouth and Auckland – and has attracted numbers of between 50 and 100 plus. ‘Africa is going through a resurgence,’ says Judith Wesley of World Journeys. ‘Our advice is to book in advance. We are looking out to June, July and August next year and availability is already tight in many places. Namibia for example is a hot destination and people have to plan early.’ Alicia Taljaard, of Rovos Rail, backs this up. She says the company’s newest journey, from Dar es Salam in Tanzania to Lobito in Angola is full for the next couple of years and dates have just been released for 2022. ‘We do have eight different itineraries and agents should enquire about those as soon as possible.’ Graeme Ware, of South African Airways, says he has been promoting combo fares the carrier offers with Air New Zealand and SAA’s codeshare partner within Australia, Virgin Australia. ‘One thing we are highlighting is the mixed class fare flying premium economy with NZ to Perth from Christchurch or Auckland and then our fully lie flat business class Perth to Johannesburg. That’s a competitive fare and we encourage people to stopover in Perth in either direction.’ Herbie Rosenberg, of Africareps, was promoting a raft of products and distributing his latest brochure in the Kiwi market for the first time. One of the latest inclusions is Madagascar, where Rosenberg now represents Mandrare River Camp and Manafiafy Beach & Rainforest Lodge.