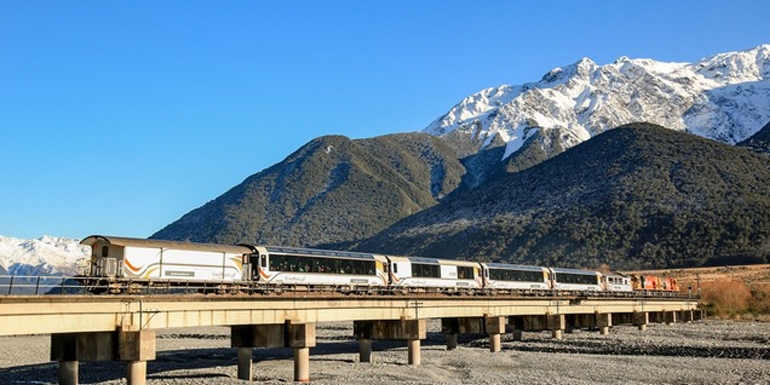 The TranzAlpine is set to start early July

KiwiRail’s TranzAlpine train service between Christchurch and Greymouth will be back from 4 July.

KiwiRail Group chief executive Greg Miller says the service will resume with a weekend and school holiday timetable in July and August as KiwiRail continues to assess demand in a difficult season for tourism, with borders still closed to international visitors. ‘We’re conscious of how important this service is to the West Coast economy and we’re looking forward to bringing visitors to the coast again, says Miller. ‘This will be an ideal time for New Zealand families to try something new.’ During July and August, the TranzAlpine will run on weekends, departing Christchurch at 8.15am, and spending an hour in Greymouth before leaving at 2.05pm on Saturdays and Sundays. It will run every day of the school holidays, 6-17 July inclusive, on the same timetable. All fares will be changeable, fully refundable and available at the winter special rate of $75 per seat one way.

Opening the TranzAlpine is KiwiRail’s priority for its scenic train services that, on average, have more overseas than domestic customers. The company also operates the Coastal Pacific train between Picton and Christchurch, which does not run during winter, and the Northern Explorer between Auckland and Wellington, which is not currently considered financially viable. No decisions have yet been made on the return of the Northern Explorer and Coastal Pacific. KiwiRail’s commuter rail service between Palmerston North and Wellington resumed late April. Click here for info.