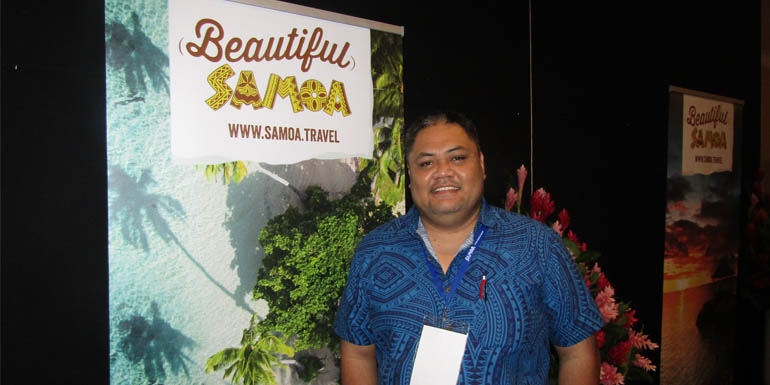 Samoa has had a number of ‘game changing’ developments that have given the country’s tourism a boost and justified predictions of 7% annual growth in the near future, says Leituala Joe Chan Ting, sales and marketing manager with the Samoa Tourism Authority.

Chan Ting says having Samoa Airways connect Apia with Auckland and two Australian cities has transformed the landscape for the destination. ‘Having the national carrier fly in addition to Air New Zealand and Virgin Australia has changed things in terms of frequency and fare prices.’ He says Samoans from all over the Pacific region have embraced the services. ‘There is sometimes the mindset that VFR (visiting friends and relatives) is not a good market, but these days VFR is the new investor. A lot of them are children of Samoans who moved from Samoa many years ago. The kids are coming here and wanting to stay in hotels and look around the country.’

Chan Ting says the opening of the new airport last year is receiving great feedback from visitors. ‘It is so quick and easy now, we have two big (baggage) conveyor belts and modern immigration and arrival facilities and procedures. ‘We’re pushing for more flights to utilise the infrastructure, not just direct to here but also in transit – perhaps flights from China, transiting here and then heading on to Peru or Lima.’ He says the ease of movement through the airport appeals to conference groups and also makes life easier when large numbers arrive for sporting and cultural events. This is supplemented by hotels such as Taumeasina, Tanoa and Sheraton Aggie Grey’s. ‘The meetings and conference market is growing and the government wants to encourage more of these. We are working on events as well – like the Pacific Games in July and the World Va’a Competition in 2021. Then we have Commonwealth Heads of Government (CHOGM) in 2022.’