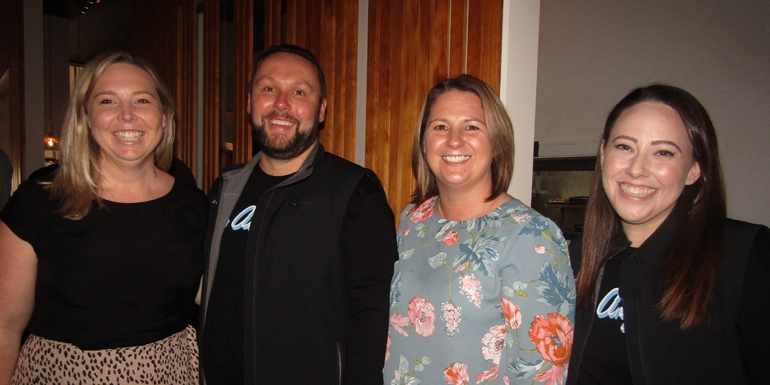 Highlighting value propositions in the city (despite the NZ to US dollar exchange rate) and updating the trade on major changes at LAX were objectives of the Los Angeles Tourism and Convention Board when it held a lunch at The Grove in Auckland this week.

Craig Gibbons, regional director Oceania and Southeast Asia for the organisation, says that with the air services, both direct and via Pacific Islands, on offer, flight prices from Auckland to Los Angeles are as competitive as ever. However, a perception that the city is expensive on the ground is likely to be one of the reasons for a slight decline in visitor numbers to LA in 2019 (a total of 93,100, about 2700 down on 2018). ‘Because it is such a large city there is a really wide range of accommodation, from value / budget to five-star. So Los Angeles is one of the most competitively priced cities in the United States. It also has about 300 days of sunshine so there are plenty of free activities – from the Promenade walk to Griffin Park and Ranyon Canyon. Then there’s celebrity spotting. ‘The trade should remind clients not to LA ‘value proposition’ despite exchange rate assume it will automatically be expensive to have a holiday in LA.’

Gibbons also emphasises the $US14 billion renovation going on at LAX, conceding that the airport is not a ‘favourite place’ of Kiwis. He particularly highlights the people mover (monorail) that is likely to be open in two years and the new satellite terminal opening next year with direct underground connection to Tom Bradley. This year’s lunch also saw an emphasis on the conference and incentive business, with Sue Boyle, representative MICE (meetings, incentives, conferences and exhibitions) Australia and New Zealand present from the bureau and a number of professional conference and incentive organisers in attendance. Boyle says most of the business events traffic out of this market is incentive related for between 20 and 100 people – the ‘sweet spot’ being 50. ‘So perhaps instead of thinking about a fivestar hotel, organisers should be considering some of the excellent boutique properties around Los Angeles.

View the embedded image gallery online at:
https://travelinc.co.nz/content/news/americas/item/6083-la-value-proposition#sigProId65baafe453
Tweet
More in this category: « High flying in Hawaii Back to nature in Georgia »
back to top