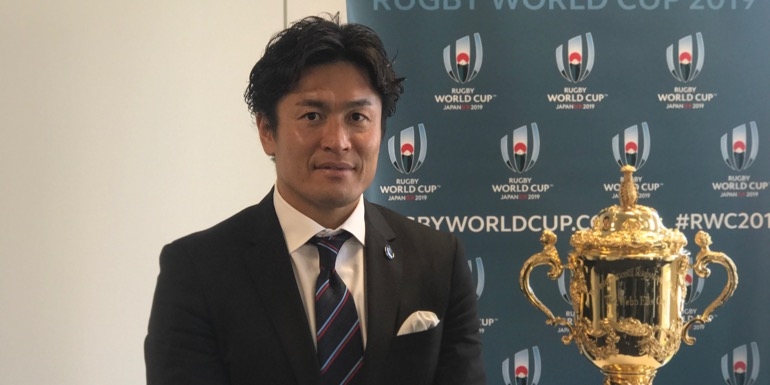 Gilpin says the now the dates and venues have been released, international travellers to Japan can start planning their trips to coinide with the matches they are wanting to attend.

‘The Rugby World Cup is our showpiece event - it takes rugby to new fans around the world. We have a responsibility to carry those host cities along for this ride. They are the centre of this - we know this is a tournament of Japan. We are not just about big shiny events - we've picked venues that are important to Japan and reflect the values of our sport,’ he says.

It’s also an opportunity to raise the popularity of rugby in Japan.

Traditionally, RWC tournaments have been held in countries where rugby are very popular, such as in New Zealand and England.

The sport may not be the most popular sport in Japan at the moment, but the RWC organising committee is confident interest in it should increase over the next two years as the world cup creeps closer.

Akira Shimazu, CEO Japan World Rugby Cup 2019, says that while there have been many questions around whether or not a non-tier one country is capable of hosting a world cup, the committee will over the next two years work hard to create an environment suitable to host the tournament.

‘Our goal is to make Japan 2019 not just the same level as previous events, but we want to bring in a little bit of Japanese flavour as we are the first Asian nation to host a World Cup.’

The games will take place at 12 venues across Japan, with 20 teams from across the world participating.