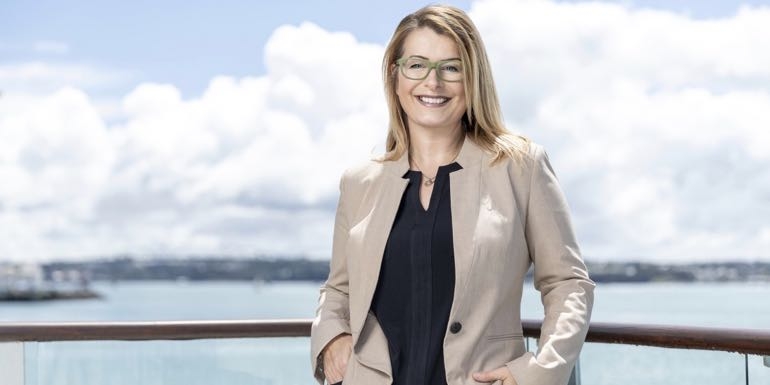 The 2020-21 New Zealand cruise season continues to look grim, with about 40% of port calls in the country cancelled so far, according to NZ Cruise Association figures.

At the same time the number of expected cruise guests in the country over summer has already reduced by nearly 150,000 from the expected 384,000 plus.

The declining outlook has renewed the sector’s desperation to at least launch domestic cruising– cruises around New Zealand for New Zealand guests.

NZ Cruise Association chairman Debbie Summers says some lines are cancelling month by month in the hope something can be salvaged.

‘It is hard to understand why there is still a handbrake on domestic cruising for Kiwis,’ adds Summers.

She says New Zealand would hardly be a ground breaker in this regard and can look overseas for examples where this is already happening safely.

‘Domestic cruising has started within Europe, Iceland, Taiwan and the South Pacific all with good success. PONANT has already had 40 plus Covid free itineraries in recent months.’-

‘Everyone is crying out for domestic tourism and getting people into the regions. Cruise is a perfect way to get Kiwis exploring their own backyards and could be hugely nimble if levels alter within an itinerary. If it worls for Air New Zealand, why is it not already working for NZ Cruise?’

Tweet
More in this category: « Cruise NZ works with Maritime NZ – hopes remain for summer Will we miss cruise buffets? »