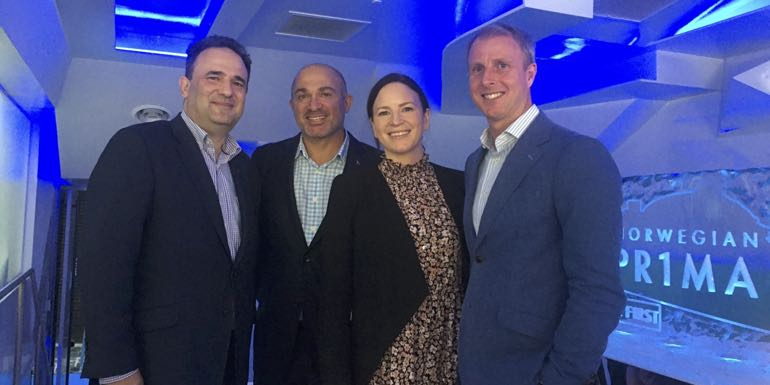 Prima is about to embark on a Northern European season, with a debut cruise to Iceland, but will also have an extended Americas season September through March this year with departures from Galveston, Miami and New York.

For the first time, NCL will homeport in Galveston, Texas – ideal for both American Airlines connections to Dallas Fort Worth and Air New Zealand’s Houston flights. Borg says NZ’s New York flights will also make it easier for Kiwis to access Caribbean cruises.

‘We’re already being approached by our New Zealand travel partners about North America and the opportunities being presented by the Norwegian Prima,’ says Borg.

Ben Angell, managing director and vice president of NCL Asia Pacific, says the rebound in demand for cruising has seen all of the traditionally popular destinations immediately comeback into favour.

‘Whether it be Hawaii, the Caribbean, Europe or close to home, the destinations that were most in demand pre-pandemic are still the most popular now.’

Angell says most enquiry now is for 2023-24 with consumers anticipating that current air capacity problems will be resolved by then.

NCL held an ANZ travel media function late July at Meu Jardin in Sydney. The event was designed to reflect an Icelandic theme and showcase the offerings on the Prima.