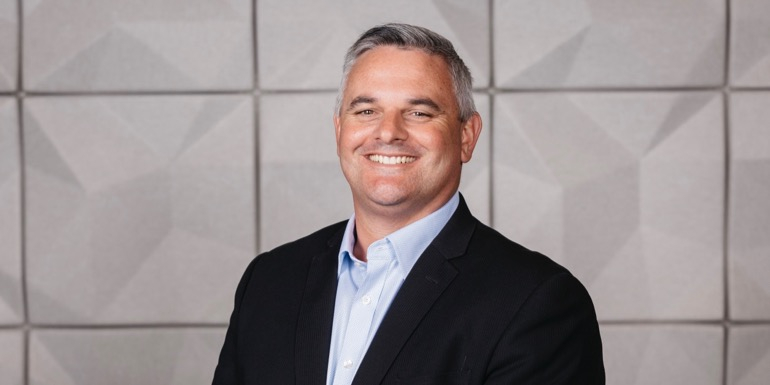 The New Zealand Government has reneged on a promise that it would reopen borders and reconnect to the world in the first quarter of 2022 on the condition that the country’s population was 90% fully vaccinated, says the chair of the Tourism Export Council of New Zealand (TECNZ).

Scott Mehrtens who is also managing director of Leisure Time Travel, says this week’s announcement around borders was really just a tinkering of the MIQ situation for returning New Zealanders.

‘We have received a lot of calls from TEC members who are utterly perplexed and frustrated that the goal posts have shifted again.’

Mehrtens says it beggars belief that even visitors from countries that actually have less Covid cases per head than New Zealand will not be able to enter the country.

‘May is not Q1 and it is the end of the tourist season.’

He points to Australia where the country is opening quickly with vaccinated travel lanes and allowing international students as well as the backpacker market with working visas back into the country.

‘Since the announcement we have been fielding calls from agents as close as Australia and as far away as Scandinavia just cancelling everything for the first half of the year.

‘They are saying that they’ve tried New Zealand two or three times, let’s just pull the plug and get our clients somewhere else.’

Mehrtens says it was depressing to hear the Covid Response Minister Chris Hipkins say that tourism is the last priority now.

‘This was an industry that pre-Covid was our largest exporter worth $17.5 billion, generating $4 billion in GST and employing directly or indirectly 400,000 New Zealanders. To hear these comments is insulting and frustrating.

‘There is no logical or health-based reason why we can not at least have a two way travel bubble with Australia for double vaccinated and negative testing travellers.’

He says ironically, with all the talk of supporting domestic tourism, the latest announcement will see Kiwis heading to destinations like the Pacific and Australia in the winter.

‘I am glad for the travel agent community. They have been suffering and this will at least give some respite. They are also supportive of domestic tourism and obviously a large number of New Zealanders will regard travel in their own country as the best option right now.

‘But it is still a move by the government that will effectively export the New Zealand tourism market offshore.’

‘A lack of clarity around international tourism creates greater uncertainty for airlines trying to plan their international routes. A VFR market will not be enough to justify re-establishing routes to New Zealand and it could take years for us to get these airlines back if we lose them.’

Another encouraging response for New Zealand domestic travel as lockdowns come to an end – including high levels of travel trade engagement – are one bright light to operators, says the managing director of a leading New Zealand tourism company.

Scott Mehrtens, of Leisure Time Travel, says that throughout the last 20 months the domestic market has always bounced back as restrictions have lifted, and is encouraged to see that this pattern seems consistent following the most recent lockdown.

‘We have immediately seen strong bookings with the announcement that travel will be possible in the traffic light system from mid December. Even this week (with Waikato back in Level 2) we have had coaches depart in a couple of directions. They have been in the system but they have been in a holding pattern since August so to get them away has been an incredible feeling.’

Mehrtens says the travel agent community remains incredibly supportive of domestic product and trade bookings have been crucial during the pandemic.

‘We’ve always had support for our Christmas and New Year tours and they are filling fast now, but we are also seeing strong bookings through to April and May.

‘We also have agents buying the tours at wholesale rates and developing their own programmes to sell to clients.

‘It is clear that many New Zealanders will still regard New Zealand as an attractive option.’

Mehrtens’ comments follow a government announcement that visitors from offshore markets will not be able to enter the country until the end of April 2022, and even then will need to self isolate for seven days.

Some light but all too uncertain, say associations

Despite being widely recognised as a step in the right direction, Wednesday’s announcement of border re-opening plans still leave us way behind the
rest of the world when it comes to freedom to travel, many in the industry point out.

Justin Tighe-Umbers, co-chair for the New Zealand Aviation Coalition (NZAC), says the sector cannot understand why the Government is still requiring self-isolation when data shows it is unnecessary.

‘New Zealand is clinging to some of the tightest border restrictions in the world that no longer make sense with Covid-19 circulating widely in Auckland and spreading to other regions.’ He says the aviation sector believes the next step in the Government’s border plan needs to be opening for all double-vaccinated travellers, without self isolation, a soon as possible.

‘That’s the only way we will retain airlines.

‘With the latest dates for re-opening, we’re months behind Australia and out of step with the rest of the world.’

Chris Roberts, chief executive of Tourism Industry Aotearoa, says it is helpful to have some dates to work to but the total lack of clarity around when New Zealand will allow in international visitors without a seven-day isolation requirement is hugely disappointing.

‘The Government has failed to recognise the critical importance of visitors to re-establishing our connections with the world. This is not just about tourism. If international airlines decide to pull out of New Zealand, it may be years before they return – putting vital trade links for high value exports and critical imports at risk.’

While it is promising to see the government actually thinking about the borders, ‘the devil is in the detail’,  a lot of which is missing, says Aaron Russ of Heritage Expeditions.

‘What we can see is still a glacially slow reopening with no real easing of border restrictions for non-New Zealanders for another five months.

‘The government has, with this decision, effectively ensured another year for local tourism companies without international revenue and put New Zealand to the very back of the international tourism queue,’ says Russ.

‘The science behind this decision when we have a highly vaccinated population and Covid endemic in the community is non-existent – the much vaunted health response is showing more clearly than ever to be a
political response and the government is demonstrating that it has no hesitation in consigning tourism to the political scrap heap.’

Rob Beecher, director of Global Travel Network (GTN), says the only positive thing he can say about the  announcment is that it is ‘better than nothing.’

‘Rather than looking at what the rest of the world has done, what is good for business or for the economy and listening to outside advice from people that know what they are talking about, the Government has decided it knows best and will do its own thing. It totally screwed up MIQ because it thought it knew what it was doing and didn’t. This border reopening is not much different. Unfortunately it is pretty much what we have come to expect.’

Could it be earlier?

NZ hopes the plans to reopen the border to all customers globally can be brought forward. ‘We can be ready before late April to fly visitors from around the globe and we’re hoping New Zealand’s success with vaccinations will see that decision reviewed and brought forward in the new year,’ says chief customer and sales officer Leanne Geraghty.