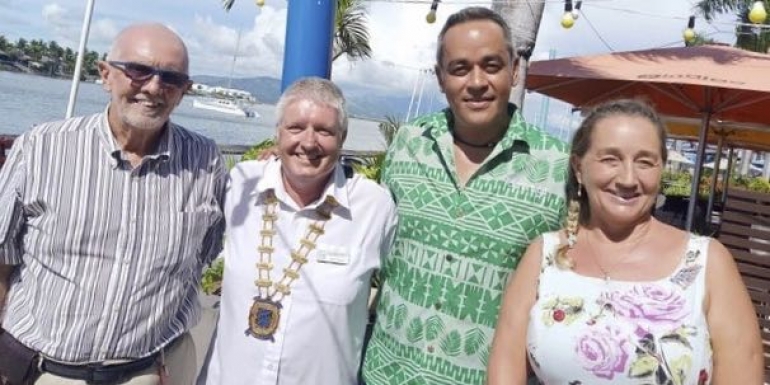 With Skal Nadi’s Christmas Party being cancelled due to Tropical Cyclone Yasa in December, the New Year’s event was the first time members had been able to meet for just on two months.

The meeting was held at a Nadi Skaleague’s restaurant, Nadina Authentic Fijian Restaurant at Port Denarau where owner Amy Subam arranged a menu of traditional local cuisine. About 30 people attended, including the entire Nadi-based membership. The acting CEO of Tourism Fiji, Robert Thompson was the official guest and gave an update on the latest news from the organisation.